on Wednesday, 5 October 2022 at 12.03 pm by Simon Sarmiento
categorised as Church of England, Safeguarding

There are two press releases about this. The first one, copied immediately below, is on the Safeguarding pages. The second, much longer one, is on the general news pages, National report on Church of England’s second past cases review published.

I have put the additional text into a PDF file, available here.

And there are separate press releases relating to the National Safeguarding Team, Lambeth Palace, Bishopthorpe Palace, and each diocese (follow the links below).

Past Cases Review 1 (PCR1) was commissioned because of several Church of England clergy and church officers being charged with sexual offences against children. PCR1 was conducted between 2007 and 2009. In May 2016 concerns were raised regarding the judgements presented from PCR1. An Independent Scrutiny Team concluded that whilst the review was well motivated and thoughtfully planned, limitations existed in relation to its execution. As a result, Past Cases Review 2 (PCR2) was commissioned by the Archbishops’ Council in 2019 as part of the overall  commitment to improving the way in which the Church responds to allegations and concerns.

The National Report was published in October 2022.

Published in October 2022 by the National Safeguarding Steering Group

The reports of findings in Dioceses are published on local diocesan safeguarding pages.

Please see our FAQs section for more information on PCR2.

PCR2 follows a report in 2018 into the original PCR (2007-2009) which revealed shortcomings both in the process and final result.

Stephen Kuhrt psephizo How to encourage bullying in the Church

The Guardian C of E must welcome gay people or face questions in parliament, says MP
“Labour’s Ben Bradshaw says church is ‘actively pursuing a campaign of discrimination’ against lesbian and gay people”

Laudable Practice ‘Thou hast crowned the year with thy goodness’: Thanksgiving for Harvest in the 18th Century Church of England

Living in Love and Faith: what is happening now?

on Tuesday, 4 October 2022 at 5.29 pm by Simon Sarmiento
categorised as Church of England, equality legislation

Our most recent report on this was published on 2 September: Living in Love and Faith – Listening.

The Campaign for Equal Marriage in the Church of England has recently posted these articles:

Helen King has posted these items at Shared Conversations:

I will add links to any further relevant articles that are published.

on Saturday, 1 October 2022 at 11.06 am by Peter Owen
categorised as News, Scottish Episcopal Church

I reported here in August that the Bishop of Aberdeen & Orkney had been suspended, and that the suspension had been lifted when she appealed against it. The Episcopal Synod of the Scottish Episcopal Church has now refused the appeal by a majority of three to two. The bishop’s suspension from office now resumes with immediate effect until further notice, while the next stage of the process takes place.

Press release from the Church of England

The House of Bishops met by Zoom for its September meeting.

The meeting began with a series of reflections on the passing of the Queen, with the Bishop of Coventry offering condolences and a vote of thanks on behalf of the House.

An update was then given by the Enabling Officer of the Living in Love and Faith project. The paper updated the House on current timelines and changes, following the cancellation of the College of Bishops in September, due to the death of the Queen. The paper, outlining the proposed approach over the coming months was noted by the House.

The House was then addressed by the Secretary of the House on the inflation and energy crisis, and how it was affecting churches and the wider community. The House discussed work under way on how the national Church institutions may be able to contribute to helping dioceses and churches deal with the extra costs in the coming winter.

The Bishop of Guildford then gave an update on the work of the national governance Review Project Board. Since its formation in February 2022, the National Church Governance Project Board (NGPB) has been developing its proposals in relation to the governance of the National Church Institutions (NCI). The paper shared the Project Board’s proposals so far and sought guidance and assurance from the House on the current direction of travel. The House provided comments on issues such as the future board composition of the Church of England National Services (CENS) and the creation of a Nominations Committee.

The meeting then concluded in prayer.

Mpho Tutu denied permission to officiate at a funeral

on Saturday, 24 September 2022 at 7.09 pm by Simon Sarmiento
categorised as Church of England, equality legislation, News

Numerous recent news reports have described how The Revd Mpho Tutu van Furth, the daughter of Desmond Tutu, was not allowed to officiate in a Church of England building at the funeral of her godfather, Martin Kenyon. Here is a selection of such links:

Monday’s newspapers contain letters to the editor about this, see

Lambeth Palace refused to comment, and directed all press enquiries to the diocese.

A message from the Bishop of Hereford to his diocese has been published on Twitter by The Campaign for Equal Marriage in the CofE, which has also posted this article: “Churlish and hurtful”. This message is also copied below the fold.

The procedure for clergy outside the British Isles obtaining the relevant archbishop’s permission to officiate is described in detail on this CofE web page: scroll down to the heading Overseas (“Archbishop’s”) Permissions to Officiate (OPTO)

The Overseas and Other Clergy (Ministry and Ordination) Measure 1967 can be found here.

The House of Bishops Pastoral Guidance on Same Sex Marriage dated 2014, can be found here.

END_OF_DOCUMENT_TOKEN_TO_BE_REPLACED

Fiona Jack ViaMedia.News Getting Hot under the Collar about Sex

Jeremy Pemberton From the Choir Stalls An anniversary, and some weddings and funerals

Helen King sharedconversations When the information flow stops: where is Living in Love and Faith?

Anonymous Survivng Church Safeguarding: Remembering a Birthday and an Anniversary

Martyn Percy Anglicanism.org Deconstructing Sydney Anglicanism: Past, Present and Futures
There is a pdf version of this article here.

Rachel Starr ViaMedia.News What is Marriage? Living in Love and Faith… and Denial

Liturgical resources on the death of HM The Queen

on Friday, 9 September 2022 at 9.36 am by Simon Kershaw
categorised as Church of England, News 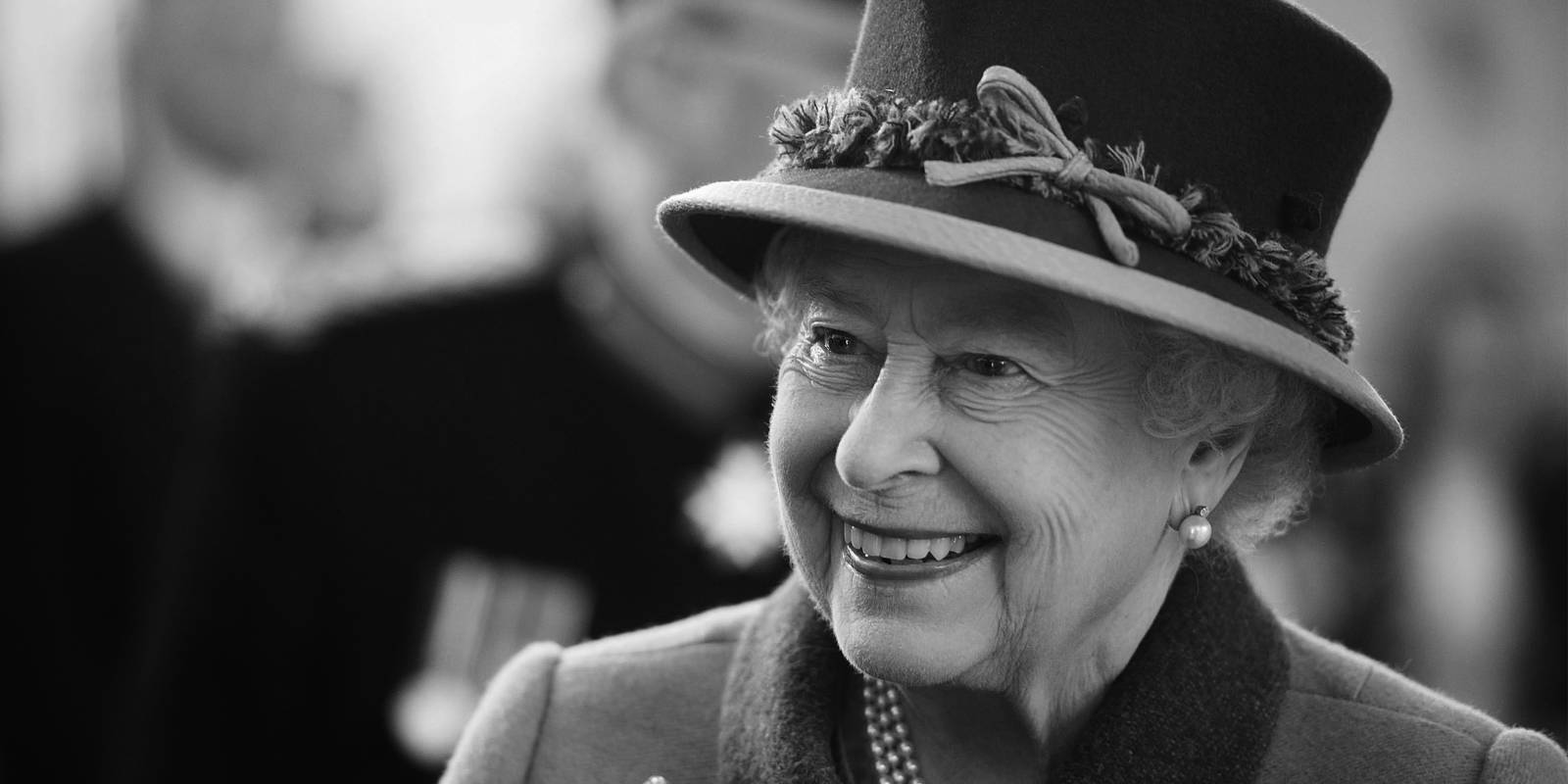 The Church of England has made available a number of resources for churches and schools to remember Her Late Majesty Queen Elizabeth II. These include:

There are further resources for collective worship and other activities in schools.

Gracious God,
we give thanks
for the life of your servant Queen Elizabeth,
for her faith and her dedication to duty.
Bless our nation as we mourn her death
and may her example continue to inspire us;
through Jesus Christ our Lord.
Amen.

Laudable Practice Gloriana Day: Thanksgiving for the Mellow Light of the 1559 Prayer Book

Press release from the Prime Minister’s Office. There is more information on the Norwich Cathedral website.

Appointment of Dean of Norwich: 6 September 2022

The Queen has approved the nomination of The Reverend Canon Dr Andrew Jonathan Braddock, Interim Dean of Gloucester, to be appointed Dean of Norwich.

The Queen has approved the nomination of The Reverend Canon Dr Andrew Jonathan Braddock, Interim Dean of Gloucester, to be appointed Dean of Norwich, in succession to The Very Reverend Jane Hedges following her retirement.

Andrew was educated at Sidney Sussex College, Cambridge, and trained for ministry at Ridley Hall, Cambridge. He served his title in the parishes of Ranworth with Panxworth, Woodbastwick, South Walsham and Upton, in the Diocese of Norwich and was ordained priest in 1999.

In 2001, Andrew was appointed Rector of Cringleford and Colney, also in the Diocese of Norwich, taking up the additional role of Rural Dean of Humbleyard in 2004. In 2008, Andrew was appointed Diocesan Missioner in the Diocese of Gloucester and in 2013, he became Canon Missioner of Gloucester Cathedral and Diocesan Director of Mission and Ministry.

Andrew was commissioned as Interim Dean of Gloucester in April 2022.

Living in Love and Faith – Listening

on Friday, 2 September 2022 at 7.28 am by Simon Sarmiento
categorised as Church of England

As part of the church-wide engagement with the Living in Love and Faith resources, everyone who took part was invited to share their learning, insights and reflections. Over 6,000 responses were received, through questionnaires, focus groups, creative responses and a variety of other forms. These responses have been gathered into a report, Listening with Love and Faith. This is accompanied by a more detailed technical report and a reflective essay entitled, Friendship and the Body of Christ. These and the LLF resources will support the bishops in their ongoing discernment process as they seek to discern what they believe God is saying to the Church of England today.

Three articles that provide some context for these documents:

Stephen Bates The New European The Church of England: Has it got a prayer?

The Very Revd Roger Bush, the Dean of Truro, announced earlier this month that he will retire at the end of September. The Bishop of Truro has subsequently announced that he is appointing Fr Simon Robinson SMMS as Interim Dean of Truro for the period of one year from 9 October.

“It is intended that he will fulfil this role for a full year, with the process of the appointment of a new Dean, in succession to the Very Rev. Roger Bush, taking place in parallel.”

Andrew Godsall ViaMedia.News The Church and the Body: Becoming a Safe Space to Talk about Dating and Sex

Stephen Parsons Surviving Church Binary Thinking in Anglican Churches. Is it likely to take over?

Andrew Brown wrote about the 1998 Lambeth Conference the month after it ended. He has comprehensively remixed his account twenty four years late and published it this week. It comesin two parts.
How Christians love one another
More Christian love